Bhumi Pednekar shares a boy as soon as referred to as her 'pee and take her'; reveals her response

Bhumi reveals a boy as soon as referred to as her ‘pee and take her’&  | &nbspPhoto Credit:&nbspInstagram

In a really brief span of time, Bhumi Pednekar has carved a distinct segment for herself, all credit score to her versatile performances. After making her Bollywood debut with the film Dum Laga Ke Haisha in 2015, Bhumi has labored in lots of hit movies together with Toilet: Ek Prem Katha, Shubh Mangal Saavdhan and Pati Patni Aur Woh, amongst others. The actress just lately made an look on Zoom Happy Space and talked candidly about many issues on the present.

When the present’s host Rudrani Chattoraj requested Bhumi about her humorous nickname, the actress stated, “My school friends don’t call me by that name anymore but like bhoomer. Since my name is Pednekar, I remember once a boy had called me “pee and take her” and I had given him one whack. It doesn’t make me laugh but I am glad that I stood for myself and it was casual sexism and just not cool.”

Talking about her newest launch, Bhumi stated, “Dolly Kitty Aur Woh Chamakte Sitare within the guttiest character I’ve carried out. I say it is a gutsy character as a result of normally for mainstream actors they normally need the characters to be very right, they’re very whitewashed. Women are all the time very good as a result of they continually need to to be the proper daughter good sister good spouse. The burden of perfection is all the time there with the protagonist. This movie isn’t that.” 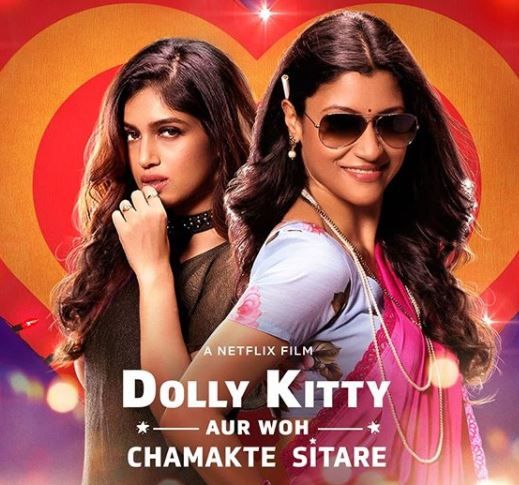 “Dolly (Konkona) and Kitty (Bhumi) both are imperfect and flawed. Make mistakes and it’s only human to make mistakes. When Alankrita had given me a narration, I had said – firstly lanky I am very flattered that you feel that I can be your kitty. It’s definitely a very challenging role for me but also the honesty with which she is written these characters and the others in the film. So real and inspiring because everybody is going to connect with at least one person in the film,” she added.

You can watch Bhumi’s full interview tomorrow! Zoom Happy Space airs each Wednesday at 8:30 pm and Sunday at 7:30 pm on YouTube and Zoom.

Why The Craft: Legacy Had A Real Witch On Set