Actress Kangana Ranaut stated that her nephew Prithviraj requested her to not go away for a shoot. Kangana shared an image on Instagram. In the picture, which appears to have taken from her brother Aksht’s marriage ceremony in Udaipur earlier this month, the actress is seen kissing Prithviraj on his lips.

Alongside the picture, she wrote: “When we left for the shoot, he said don’t go, I insisted I need to work, he looked thoughtful and immediately sat in my lap and said smilingly….ok you go but let me sit with you for two mins…. still get tears thinking about his face.”

Kangana was reportedly leaving for the shoot for her upcoming movie Thalaivi. Thalaivi is an upcoming bilingual biopic of late Jayalalithaa. 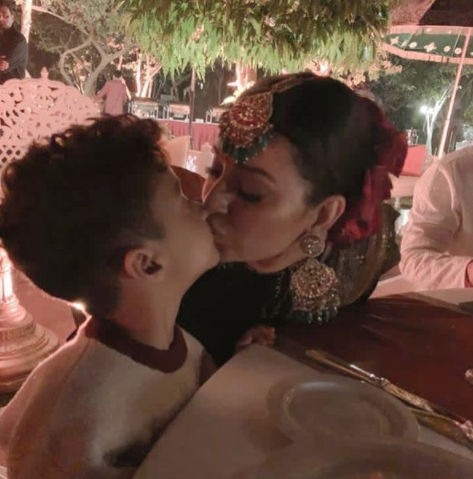 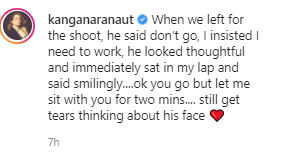 The movie will hint the journey of the late chief from silver display screen to politics. It is directed by A.L. Vijay, and likewise stars Arvind Swami, Prakash Raj, Madhoo and Bhagyashree. At the identical time, Kangana can also be prepping for the motion scene for her upcoming movie Dhaakad.