Actor Vivek Oberoi who has been roped in to voice the character of legendary poet Tenali Rama for the upcoming animated movie ‘Dhira,’ on Friday mentioned he’s “feeling proud” to be part of the movie.

The ‘Yuva,’ actor took to Twitter to share a poster of the movie and expressed his love and appreciation for the director of the movie Arun Kumar Rapolu.

“Feeling proud to be the part of the biggest PAN Indian motion capture animation movie. My heartfelt love & appreciation to @ARUNKRAPOLU & @ATheoremstudio for pulling such a huge project,” he tweeted.

“Watch me lending voice to the scholar Tenali Rama in the finest Indian animation movie #Dhira,” he added. 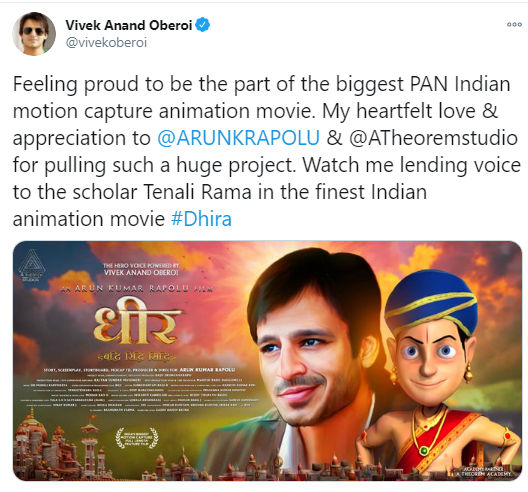 The movie can be launched throughout the nation in 12 completely different languages with Oberoi doing the voice-over for the principle character of the Hindi movie.

Vijay Sethupathi, B Sai Sreenivas and Jeet have been roped in to lend their voices for the Tamil, Telugu, Bengali variations of the movie respectively.

A Brief History of Death Watch, Clan Kryze, and Mando’s Group of Mandalorians